We will use the site to provide information about the biology and ecology of Apis dorsata. 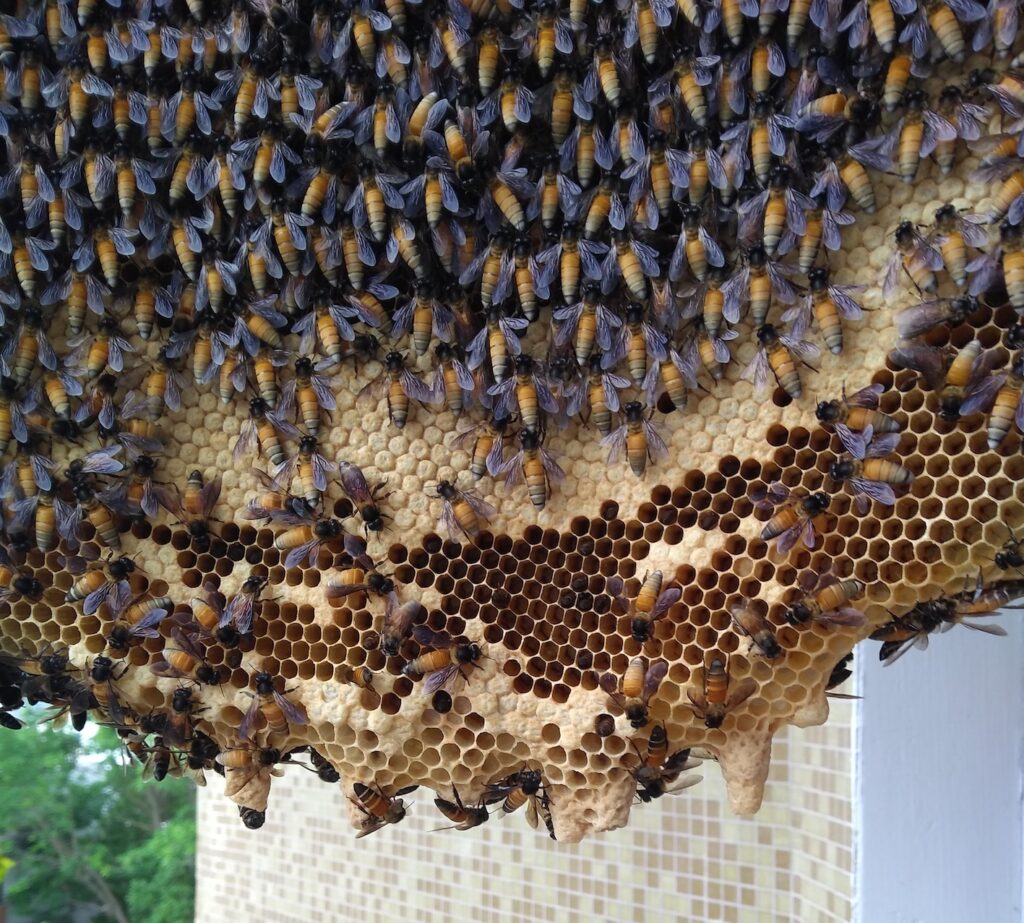 The picture to the left shows the bottom of an Apis dorsata comb with queen cells, the long elongated wax cells at the bottom margin of the comb. The regular combs cells are either empty or show a cap indicating that in that cell a worker pupae is developing. Honey bee colonies reproduce by swarming, that means division of the colony. First the old queen and one part of the worker population leaves the colony and then other swarms with daughter queens will leave. Leaving of the first swarm leads to a reduction of the worker population so that the worker curtain (upper part of the photo) can not cover the whole comb anymore. (photo; Ashwin Suryanarayanan, December 2020)